by Peter Jones, Jazzwise, Oct 14, 2022
The Grammy-nominated singer dazzles with a sophisticated set of intimate and intricate songs at Ronnie Scott’s, London 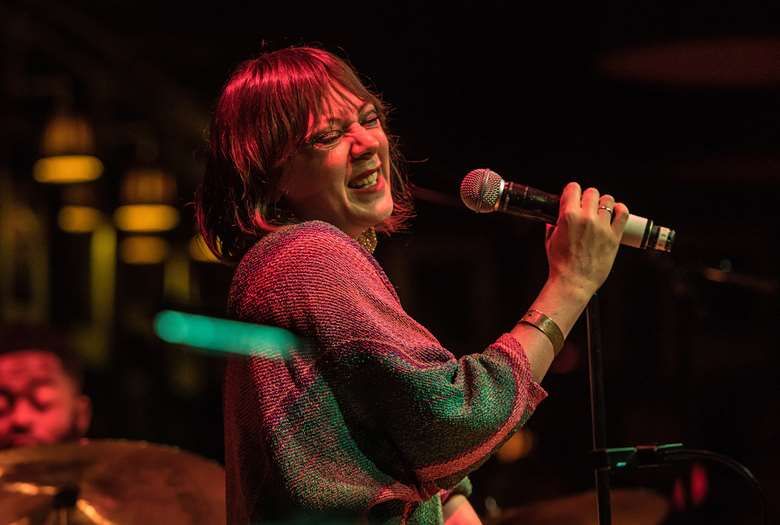 In 1939, early in her career, Peggy Lee learned how to sing softly and still be heard. Confronted with a noisy crowd in Palm Springs, she decided not to compete, but sing more quietly instead. Soon, the revellers piped down and started listening. “I had learned how to reach and hold my audience - softly, with feeling,” she said.

At her first visit to Ronnie Scott’s in a decade or so, Gretchen Parlato started quiet and got quieter. She has a distinctively nasal singing voice, and avoids opening her mouth, sometimes literally singing through gritted teeth. At first this seems odd, but once you’ve got the hang of her style, it becomes charming. Parlato goes beyond mere intimacy in her singing: I would call it interior, as if we are being invited to share her innermost thoughts. As with Blossom Dearie, wistfulness is her default setting. 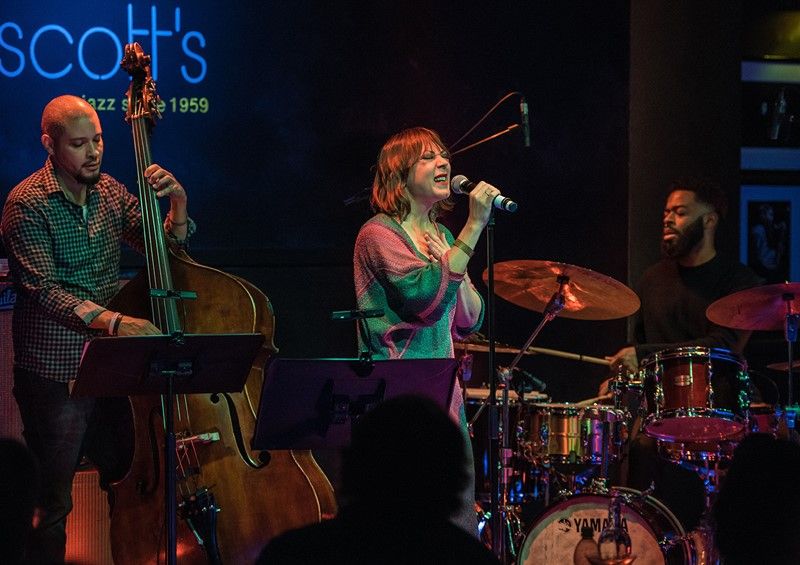 She doesn’t really do standards; it’s more about flow than structure. Much of the set consisted of her own compositions or reworked songs from outside jazz.  Typical was the second tune of the night, which sounded vaguely familiar, and turned out to be a heavily doctored version of Anita Baker’s ‘Sweet Love’, during which she moved her left arm back and forth as if playing an invisible trombone. A little later we were treated to an equally unfamiliar take on Simply Red’s ‘Holding Back the Years’.

As well as her longstanding musical partner Gerald Clayton on piano, she was joined by Luques Curtis on bass and, for the very first time, drummer Jonathan Barber, with whom she shared the outro to her signature tune, a version of Herbie Hancock’s “Butterfly”. By the time she got to Monk’s ‘Ugly Beauty’, performed a deux with Clayton, she was singing barely above a whisper. Fearless with difficult rhythms, she ended by encouraging the audience to sing along with her own song ‘Magnus’… in 13/8. Like the rest of the set, it was tricky, but spellbinding.