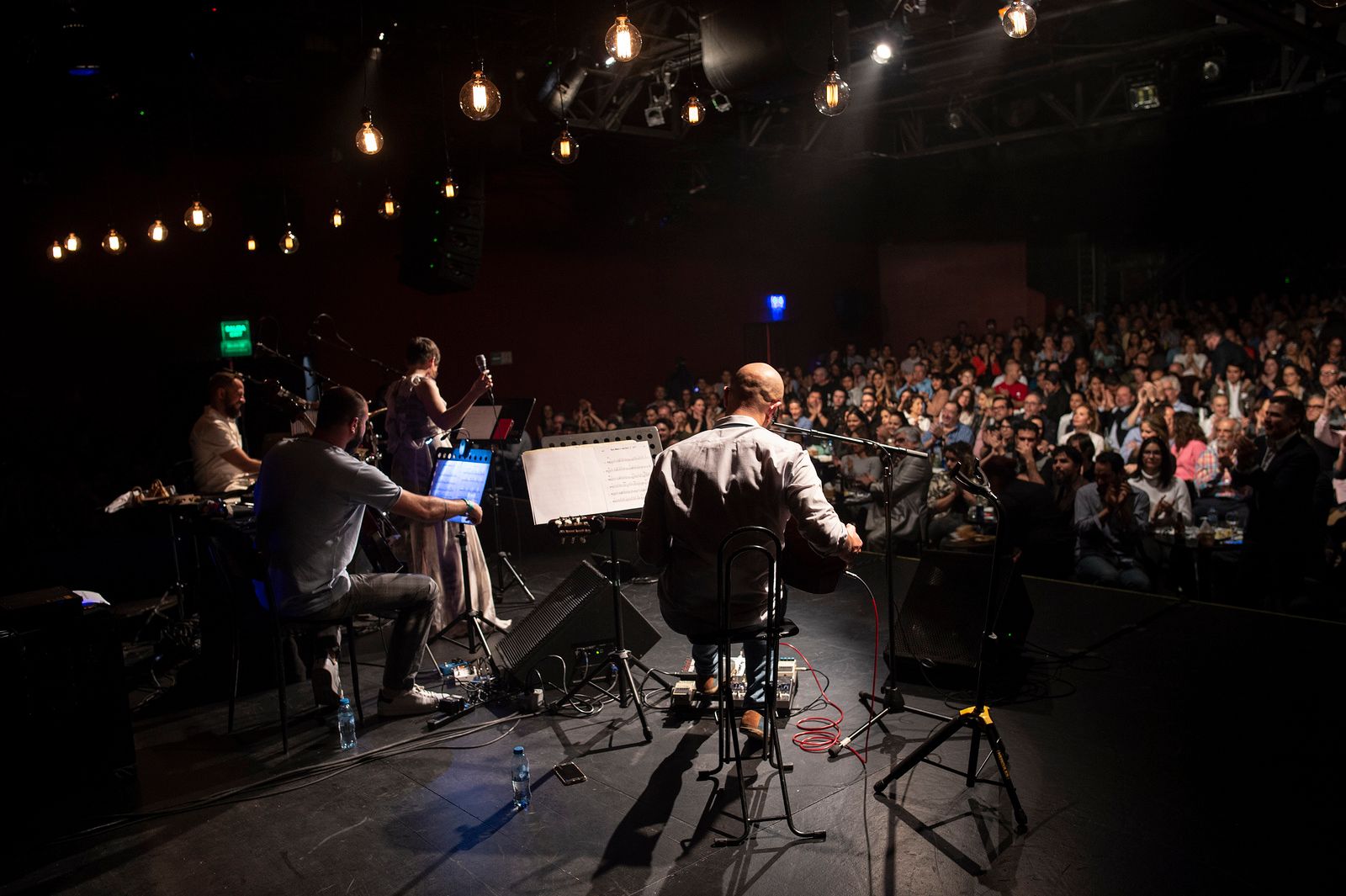 On her return to Mexico, the American singer-songwriter Gretchen Parlato triumphed at the Lunario of the National Auditorium, where she surprised her Mexican followers with the fusion of jazz and the Brazilian Bosanova, which flooded the atmosphere of sensuality and joy. At 9:30 p.m., the daughter of also musician Dave Parlato left the stage to receive the ovation of his audience that was waiting for her before the long absence in Aztec lands, which finally came to an end tonight. The creative artist was accompanied by Brazilian guitarist Marcel Camargo; Drummer Leonardo Acosta and Armenian cellist Manukyan Artyom, who along with Gretchen's voice caught the attention of the crowd, who liked music and food from their tables. Among the fans of the native of Los Angeles California, United States, was the member of the Sin Bandera duet, Leonel García, who said that "I am fulfilling my dream of seeing her and feeling her live through her musical work; because it is interesting and precise, at the same time tender and talented, a singer out of the ordinary. " The young singer expressed in the microphone the gratitude for the good that the Mexicans have treated her and especially for those fans who filled the Lunario of the National Auditorium.